A FLYING tribute to our NHS front line staff ! 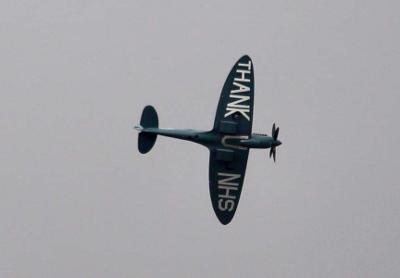 Despite challenging low clouds this iconic representative of The Few arrived overhead Ludlow almost exactly on time, circled the town and then headed off to similarly salute Hereford County Hospital.

The aircraft is making several guest appearances until 20th September and has already taken part in a number of noteworthy celebrations including a salute to Colonel Tom on his 100th birthday!

A wonderful tribute to the treasured NHS front line staff!